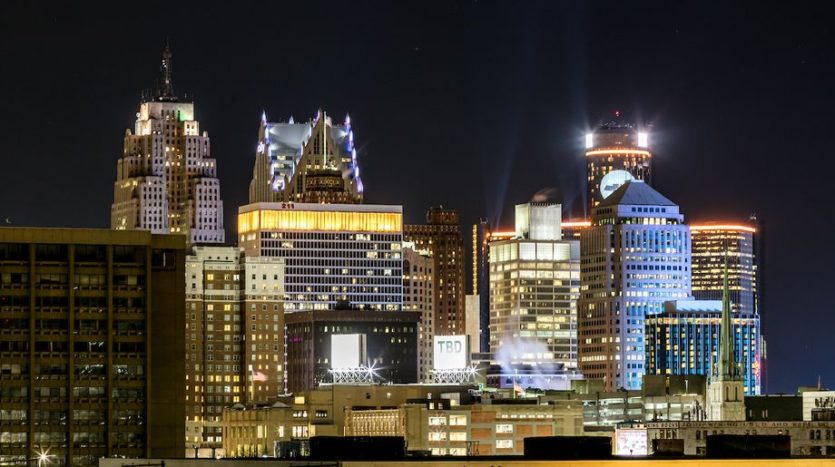 Detroit has seen an avid growth in corporate investment over the last decade, as city-wide rejuvenation projects and low cost of living have drawn both Millennials and corporates to the Motor City in droves.

While the entire city has been planned to be touched by this municipal-driven transformation, the concentration of efforts thus far has been centered in the downtown region of the metro area.

With great results, too.

A recent study released by JLL’s Skyline Review shows Detroit’s office vacancy rate has plummeted to an impressive 7.5 percent in the taller buildings of the downtown area. This number is remarkable, given the national average is currently 12.9 percent, giving Detroit almost a 5.5 percent swing.

This increasingly low vacancy rate is beginning to cause a demand for commercial space, as more and more businesses move into the Motor City. Dan Gilbert, CEO of Quicken Loans, has constantly been cited saying the metro area is in need of more office space. Recently, he announced a plan to take matters into his own hands—releasing his plans to create a new office tower on the Monroe Block, as well as the Hudson’s site project and the riverfront.

Harrison West, research analyst, has made it clear that he believes the downtown skyline only has a brief period left in its current appearance.

“With multiple transformational projects in the pipeline, the future looks bright for the downtown Detroit office market and the Skyline could look much different five years down the road,” West stated.

Corporate offices aren’t the only ones making changes to the Detroit skyline over the next few years. Hundreds of units of apartment living complexes will be launching in both the 28 Grand and the Plaza buildings. Multiple new hotel buildings are currently underway, with the Wurlitzer Building, or The Siren Hotel, scheduled to open later in the year.