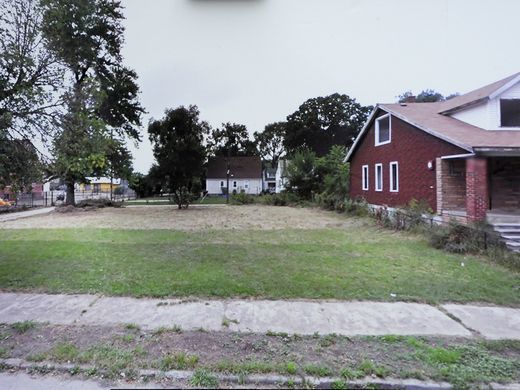 Detroit took a big step forward in its attempt to eliminate blight on Wednesday, April 5th.

After much debate, a development team was officially elected for a large-scale project that has been in the works for many months. The project will cost an estimated $4 million and will renovate 115 vacant homes over the next two years, as well as landscape 192 vacant lots and construct a two-acre park in the Fitzgerald neighborhood, located on the northwest side of the city. The development will occur near Livernois and McNichols in an area that has mostly been reclaimed by the Detroit Land Bank. Several abandoned homes have already been demolished to date.

During a press conference held in a vacant lot, Detroit’s head of the Planning and Development Department, Maurice Cox, announced, “We are going to create a quarter square mile of Detroit that is blight free. As simple as it is appears, I think its revolutionary in Detroit.”

The vacant lot in which the press conference was held is planned to become part of the new Ella Fitzgerald City Park. In addition to revitalizing homes, demolishing deteriorating properties, and landscaping, the project includes the addition of a greenway path which will stretch a quarter mile to the nearby Marygrove College.

Fitz Forward, as the project has been deemed, will be directed by a partnership of two local agencies: Century Partners and The Platform.

If the project flourishes, it will be implemented in other areas of the city.

While the project will be headed by the announced developers, it will include a variety of local Detroit-based businesses. Building Community Value will be managing the vacant lots, choosing tenants for the spaces that will range from pop-up businesses to urbanized farmers. Green Collar Foods will be in charge of setting up spaces for a process called Vertical Farming—the practice of growing food in stacked formation in indoor spaces.

Mitch McEwen, an assistant professor of architecture at the University of Michigan, will also be involved with the project. McEwen previously represented Detroit in the 2016 Venice Architecture Biennale.

Once completed, the project will have a positive influence on the local real estate market—helping to increase home appreciation values, raise the neighborhood market rate, and optimistically improve the local occupancy rate as it will draw new families into the area.