EVERYONE DESERVES A HOME, WE CAN HELP

Real estate in Detroit has been hot quite recently yet a problem remains with regards to selling the properties to people. Thousands of houses, which are supposedly for sale, are being left vacant for days, months and even years leaving them vulnerable to blight. Most of these houses are owned by a single owner – the Detroit Land Bank.

Areas around Detroit were supposed to look rural but ended up being empty fields instead. This occurrence is present all throughout the city because the Detroit Land Bank Authority (DLBA) is only selling 3% out of its nearly 30,000 vacant homes. Why don’t they sell them in the first place despite having lots of Detroit residents looking for one?

The DLBA was founded in 2011 and had the sole purpose of selling blighted homes that plagued the city. Since then, it has risen in power and owned almost 20% of all single-family homes in the area. Many critics have contradicted the DLBA’s actions throughout the years and questioned the size of the agency’s staff and lack of contractors. Even city officials agree that the land bank should do a better job at selling empty properties.

How hard is it to buy a house owned by them? Local resident and care worker Tenisha Shipp knows full well how tough it is. She drove around writing down addresses of empty properties that she’s interested in buying –  they were all owned by the bank.

“If you call about it they say you have to wait until they put it up for sale and they won’t say when,” said Shipp.

Another local resident, William Gill, has been met with the same fate. He set his sights on a property in North Campau. He was disappointed to know that the DLBA owns about 60% of all the properties in the neighborhood  but were only selling two houses.

Lots of rules and regulations are involved if you want to purchase a house from them. Some argue that the rules are limiting and defeats the purpose of you just trying to find a roof above your head. Others who managed to buy property from the bank are met with extensive repairs due to how long it was left unattended. You constantly need to update the agency about renovation in hopes of making it habitable. Not being able to do so within six months would end up in your house being foreclosed leaving you struggling to look for another place all over again.

The Occupied Buy Back Program

The DLBA came up with a plan called the Occupied Buy Back Program. It was the bank’s attempt to let residents reacquire their home from foreclosure. There are several requirements before you can participate. You need to attend counseling sessions to determine your financial ability to own and maintain the property. Couple that with a fee of $1000 to purchase the house. A month’s worth of property taxes are then placed into an escrow account that will be used to pay the following year’s taxes. The deed of the property is placed in the escrow account until then.

For a whole year, you must maintain the property, be up-to-date on taxes, and attend quarterly workshops with partner agencies of the bank. Once you’ve complied with all of the requirements, the deed is removed from escrow and only then will the property be as good as yours. 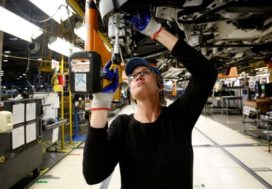 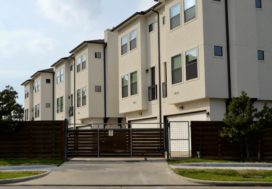 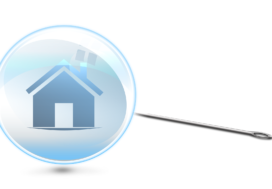