I’m thinking of a city with the busiest international border crossing in North America. Where downtown apartment vacancy rates are below 5% and continuously dropping. A city neighbored by suburbs with some of the safest rated living standards in the United States, where entry home prices are in the ballpark of $50,000. Have you figured it out yet? Over 100 Fortune 500 companies have offices with close proximity to the city square.

What if I told you that this Metropolis was home to the world headquarters of major national companies— Ford Motor, General Motors, Quicken Loans …welcome to Detroit!

News stories from the past few years showcased Detroit with headlines ranging from a broken municipality struggling through bankruptcy court, to record-setting growths in residential occupancy rates.

In reality, the past five years in Detroit have presented skyrocketing home values, a redevelopment of the urban landscape, and billions of dollars pumped into the residential and commercial real estate market. What has significantly caught the attention of many individuals in the world is the success that investment groups and real estate companies have had in the Detroit Turn-Key Rental Home market.

The Chinese are Coming!

When news of the booming Detroit market hit the Chinese real estate community, individuals from the far east began purchasing blocks of city neighborhoods in single purchases, drastically increasing the competition and drive among local investors. But why even mention Chinese investors, when discussing American real estate? According to Time Magazine, the first half of 2015 saw over $6 billion dollars from the Chinese invested in US real estate, hospitality, and technology industries. That’s a lot of money, and a lot of real estate.

Detroit is ranked 4th in metropolitan areas across the United States as a destination for Chinese investors. Beating Detroit on this list are New York, Los Angeles, and Philadelphia. With the median home price in Detroit reported by Zillow.com at $39,000, it’s substantially lower than that of New York ($1.25 Million), Los Angeles ($629,000), and Philadelphia ($219,000). The numbers may seem inflated, and the comparisons unrealistic, but it is important to realize that Detroit was once among the most productive, and financially stable cities in the United States.

One of the hottest U.S. rental markets, Miami, is often included in the conversation. Although average rent is $1,120, Miami has a much higher median sales price, at $288,000. Cleveland is one of the closest major rental markets to Detroit, and while demographic comparisons are easy to make, the median home price still a bit higher, at $49,000.

When it comes to investing in American real estate, consider investing in Detroit. The market provides steadily growing, attractive investment opportunities. With names like Dan Gilbert and Mike Illitch pouring billions of dollars into Detroit’s high-rise business and residential districts, thousands of new individuals have relocated to the city for employment. With employment, comes residence, and that’s where small-time investors are profiting. New residents are looking for safe, reliable homes, in close proximity to the city.

Detroit is located in Wayne County, which has been recognized by www.RealtyTrac.com as one of the highest grossing rental markets for landlords in the USA. What really sets Wayne County apart is the initial investment required to get a rental property performing. Using median home prices as a major contributor, RealtyTrac compares Detroit with other major rental markets in the USA.  Although the numbers may be skewed due to extreme highs and lows, the overall picture is still the same—Detroit tops the list.

Investors looking for a steady source of income often look for low-risk, relatively secure deals. What puts Detroit at an advantage when compared to other great rental markets, such as Atlanta, Denver, Kansas City, and Seattle? Aside from the much lower initial investment required for getting into a Metro Detroit property, the rental demand for turnkey rental properties in Detroit remains low.

Apartment vacancy rates in Downtown Detroit are currently under 5%, and falling with every new report.  Residential areas are also seeing occupancy growth, as investment companies are renovating dilapidated clusters of once-abandoned homes, into family-friendly communities.

Many more things help to keep the Detroit rental market strong; government subsidies for tenants, ample job opportunities due to the automotive industry’s rebound, and arguably one of the biggest factors—the people of Detroit are known as a resilient crowd. 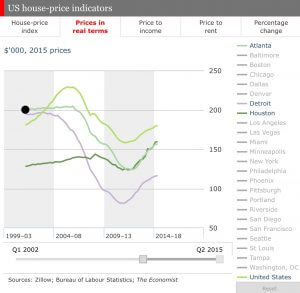 The city is on a comeback from the largest municipal bankruptcy filing in the United States, and everyone in the region is benefiting. Job stability is strong, helping more residents secure income. Great news for landlords, as individuals on the come-up are finding low rental rates much more attractive than high-interest mortgage payments.

Home Values on the Rise

According to the Detroit Free Press, home values in southeast Michigan have been on a steady rise. The most recent Standard & Poor’s/Case-Shiller home price index also reports a rise in home values, but that the peak values of 2005 have not been reached yet. This is is good news for hopeful investors, as this trend in home values may continue to climb, possibly surpassing the 2005 peak numbers.  Although some other popular investment markets (shown right) may seem to have relatively faster rising home values, Detroit continues to hold the lower entry (and median) home prices.

It Will Rise from the Ashes

The market for Detroit real estate property is diverse, so it is imperative that proper research and planning is completed before beginning a venture into the market. There are many great neighborhoods with bright futures, and the daily blight removal by city services is helping to increase home values on a consistent basis. The flag of Detroit, designed in 1907, displays the motto Resurget Cineribus, which translates to “It will rise from the ashes”. True to its history, Detroit is a city that rebuilds, and comes back stronger than it once was. 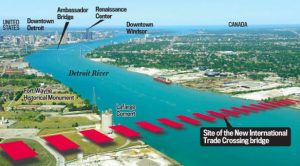 In addition to the current bridge and tunnel connecting Detroit and Canada, a third international crossing is set to begin construction. The Gordie Howe International Bridge has been estimated to bring in over ten thousand jobs to the region, and will increase the traffic going in and out of the city immensely. This will also greatly increase the need for housing in the region.

Surrounded by stable, safe suburbs, and centered on a downtown district that is booming in business, Detroit is truly an investor’s paradise. The housing crash of 2008 crippled the national economy, and displaced millions of United States citizens from the neighborhoods they grew up in.  The City of Detroit was hit hard, but it’s resurgence as one of the nations leading rental markets stands true to character, and the rebuild process has reinvigorated life into neighborhoods. 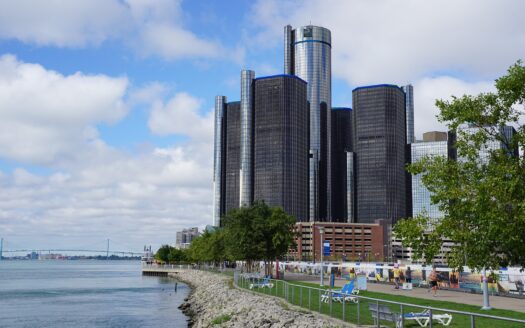 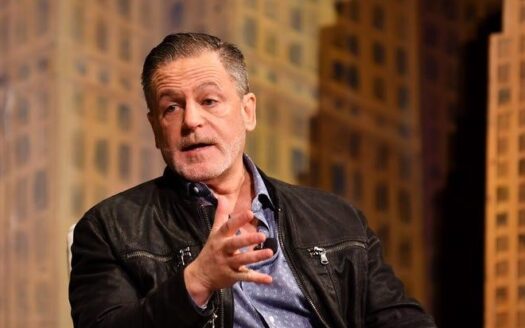 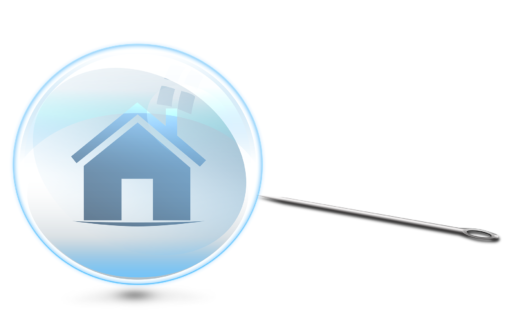 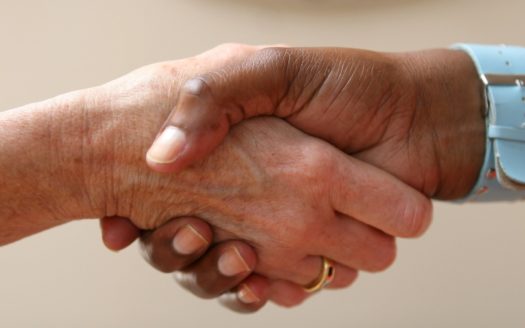 Jan 29, 2020
Once you get into the details of making an offer on an investment property that you’re planning to buy, you eventua ...
Continue reading
Some Nice Welcome Message
Sign into your account
Create an account

×
Within 24 hours, we will contact you to schedule your free consultation.
Learn strategies from our real estate experts and their proven investing methods.
Subscribe
Get Our Newsletter
×
Detroit Real Estate
One of America's Top Real Estate Investment Markets
×
Subscribe to receive updates on available properties, real estate advice and tips, and company news!
Submit
For dates and information provide your name and email address.
Are you ready to subscribe? 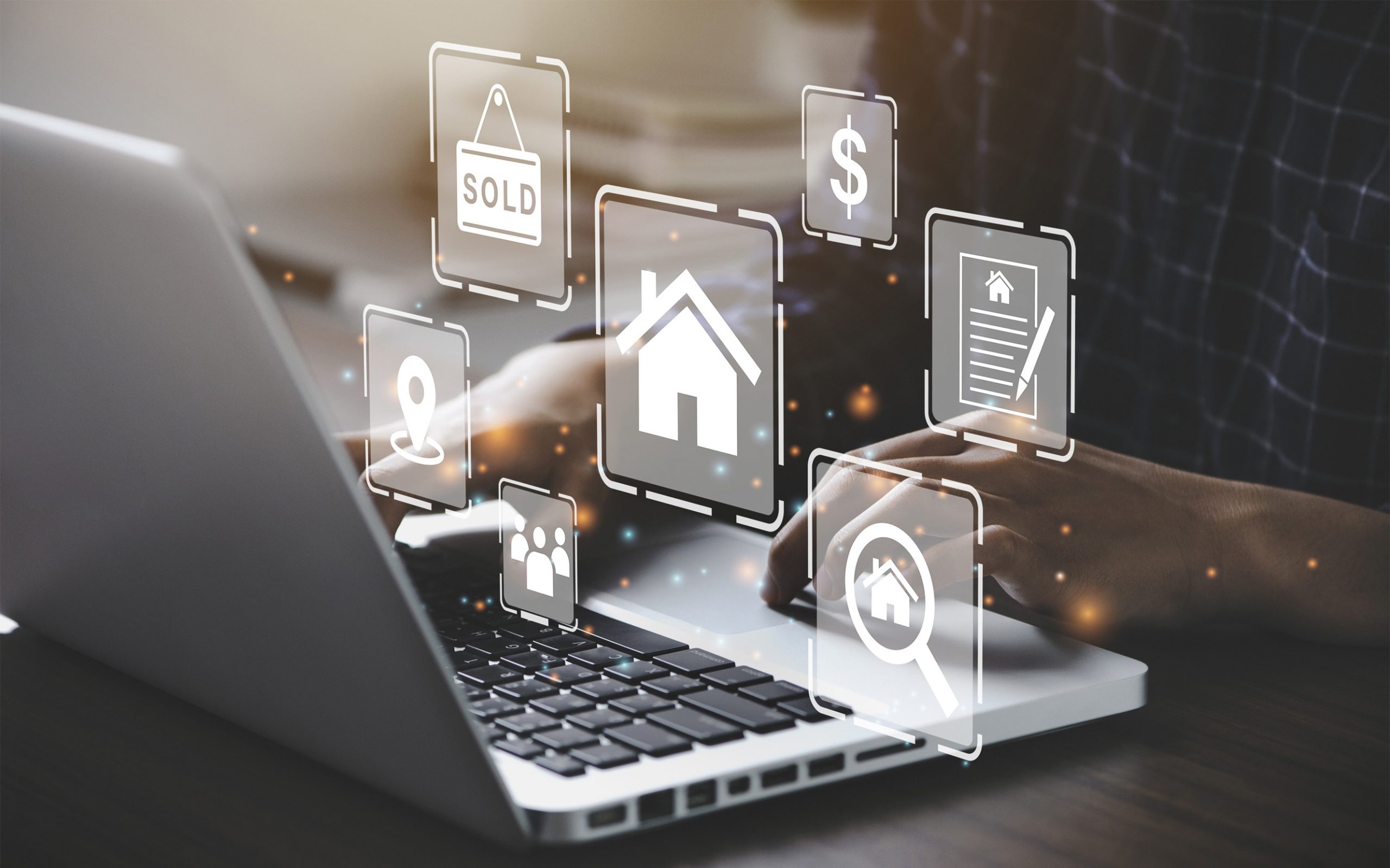